4 Ways to Save on Localization when Expanding into Foreign Markets

It’s impossible to predict what the global economy will look like in a couple of weeks, nevermind a few months. It’s no wonder, then, that in these financially trying times, many software companies are prioritizing certain initiatives and making cuts to others – including the money they spend on having their software localized. In the third article of our series on localization and cost-effectiveness, we’re taking a closer look at the issue of target market analysis. With the aid of some specific examples, we’ll provide you with the decision-making criteria you’ll need to best allocate your translation budget.

Our first and most important piece of advice is to plan your budget fully in line with the data you have at your fingertips. This will allow you to react faster to external changes and optimize your expenditure to achieve both short-term and long-term goals. We’ve put together two case studies to illustrate what exactly that means for your translation budget:

Simple data analyses often show you where you’re getting the most bang for your buck. One of our clients – who had the online help for its digital marketing platform translated from English into German, French, Italian, and Spanish – was able to identify how it could save costs by means of this approach.

Several months after each of these translations was delivered, the company analyzed how often its documentation was actually accessed in each language. They found that while the German and English online help pages were highly frequented, the Spanish and Italian versions were much less frequently accessed by users. It turned out that its customers in these countries primarily relied on the original texts in English. In light of these figures, the customer came to the decision that it would refrain from having the  less popular languages translated in the future.

Much too often, conventional measuring tools from the marketing and sales are not used enough in translation budget planning.

In an ideal world, a website would be translated into every conceivable language as a company expanded into foreign markets. However, if money is tight, you’re better off weighing up which content will reach the most consumers. A granular analysis of your website traffic will provide you with invaluable insights into which product groups are in particularly high demand – in which countries – and which online content is of particular interest to your target market. You can learn more about KPIs for translated content here.

"If money is tight, you’re better off weighing up which content will reach the most consumers"

What foreign language skills do your end users have and what languages really need to be translated?

One obvious solution to reducing costs is to go without translating into specific target languages if your users are well-versed in the original language of your content. Corporate giants like Microsoft and IBM frequently leave marketing collaterals like technical whitepapers in English – after all, the majority of IT experts are more familiar with the English terminology than the corresponding terms in their native language.

To highlight another example from our day-to-day business: a software client of Milengo that was expanding into India decided not to have its software in English translated into Hindi – something which is quite understandable in light of the fact that Indians tend to be fluent in English and the cost-benefit ratio spoke in favor of this strategy. 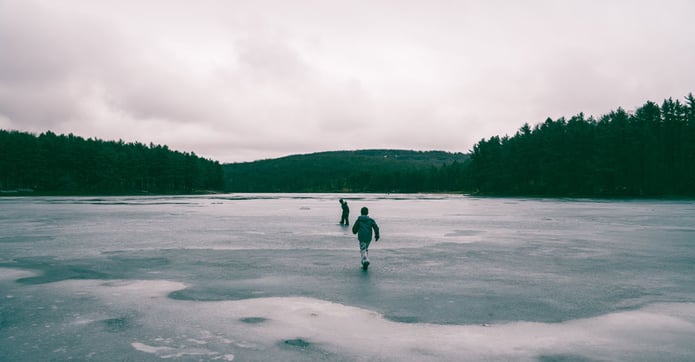 Even if your company finds itself pushed to forgo certain technical translations in financially difficult times, you should always remember to be culturally sensitive. This is especially pertinent in the following cases:

A translation into French was explicitly requested alongside the obligatory translation into English for different target markets. As people in the French-speaking world famously have a strong affinity with their language – and this brings with it a lot of cultural baggage – clients are generally better off having their content translated into French.

Another concept that could end up saving you money is the Blue Ocean Strategy. This proposes that in some cases, it may actually be much more profitable to tap into new markets (the “blue ocean”) instead of continuously trying to gain traction on markets with a high degree of competitive pressure (the “red ocean”) that offer few prospects for profits and growth. This also applies to how you approach having content translated: by focusing on markets that are not as saturated, you can achieve greater cost-effectiveness while blowing competitors out of the water. As a result, you stand to benefit from lower costs and a higher degree of differentiation.

Milengo recommends that you carefully examine the target markets you’ve set your sights on before commissioning any translations. It’s only when you familiarize yourself with the behavior of your international customers and target groups – and back up your business decisions with data analyses and intercultural expertise – that you will truly be successful. When faced with a tight budget, these findings will help you to cut translation costs where it will have the least impact on your company’s success.

Which aspects should decision makers factor in when choosing which software translations are indispensable and which should be shelved for better times?

Smart use of translation memory and scalable translation workflows based on a highly integrated technology stack are key to maximizing efficiency gains.

Milengo has been helping companies globalize their products for more than 25 years. Our clear focus on the IT, hardware, industrial engineering and e-commerce industries ensures we pay special attention to the requirements of these markets: industry-specific expertise, speed and cost efficiency.